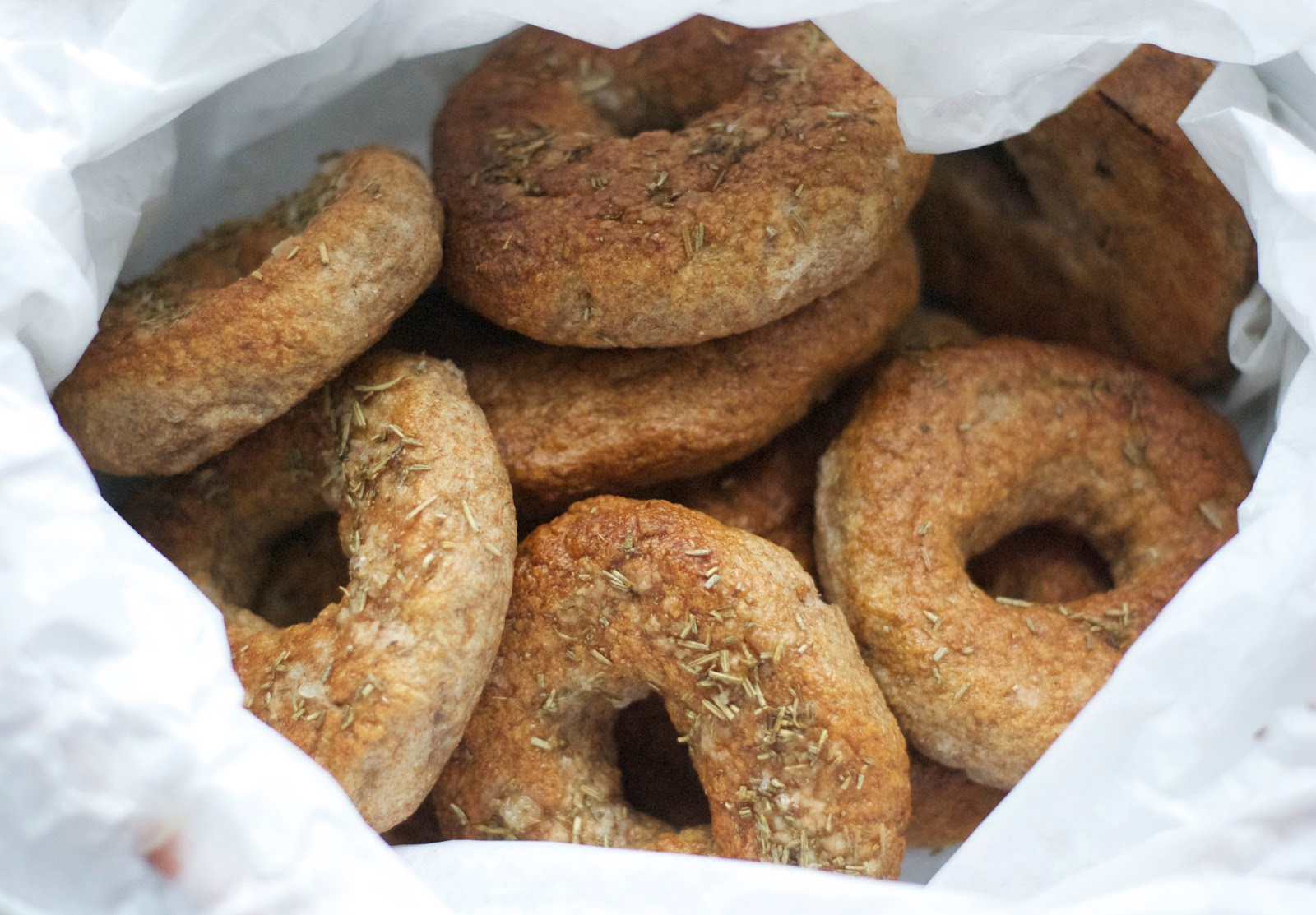 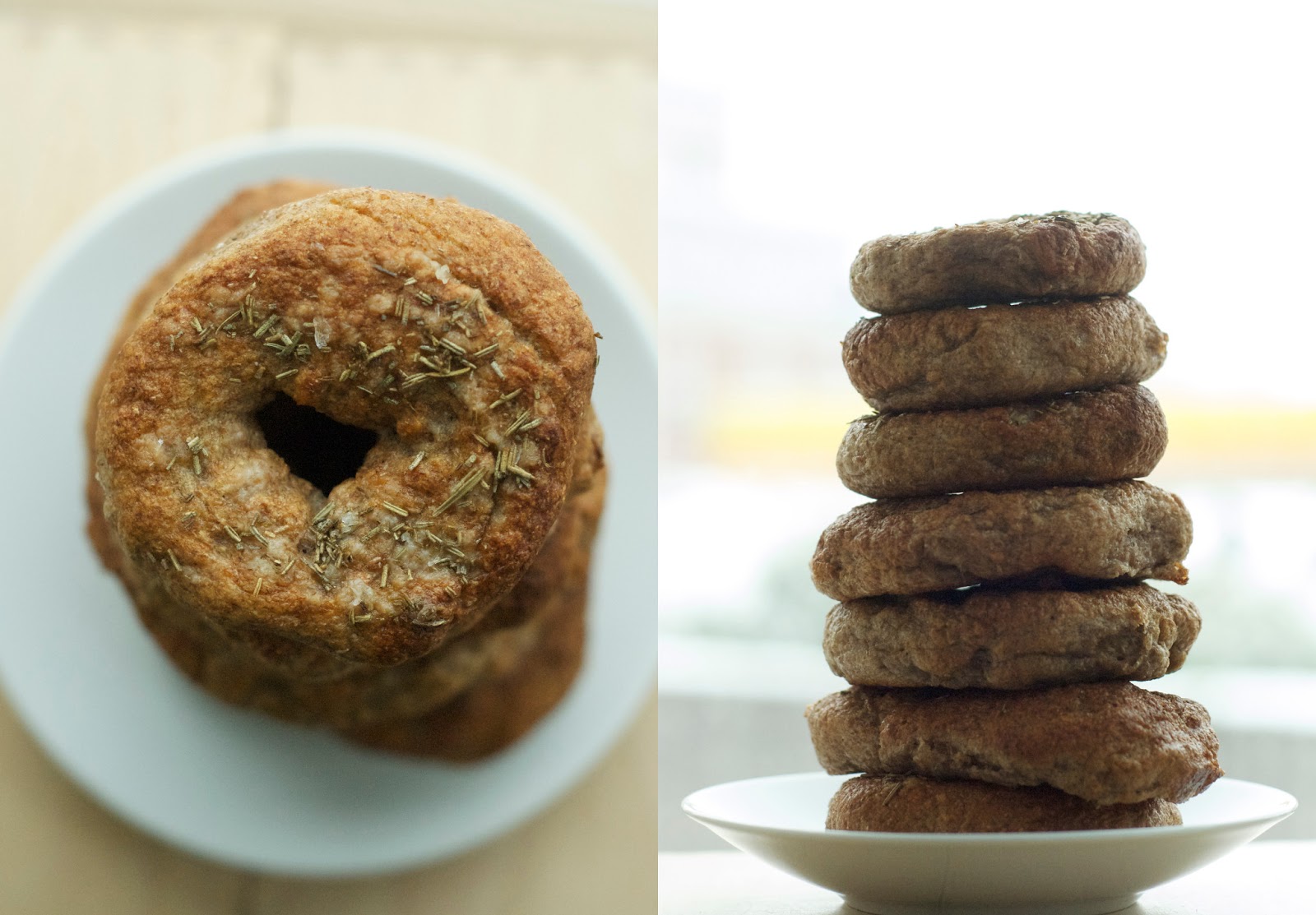 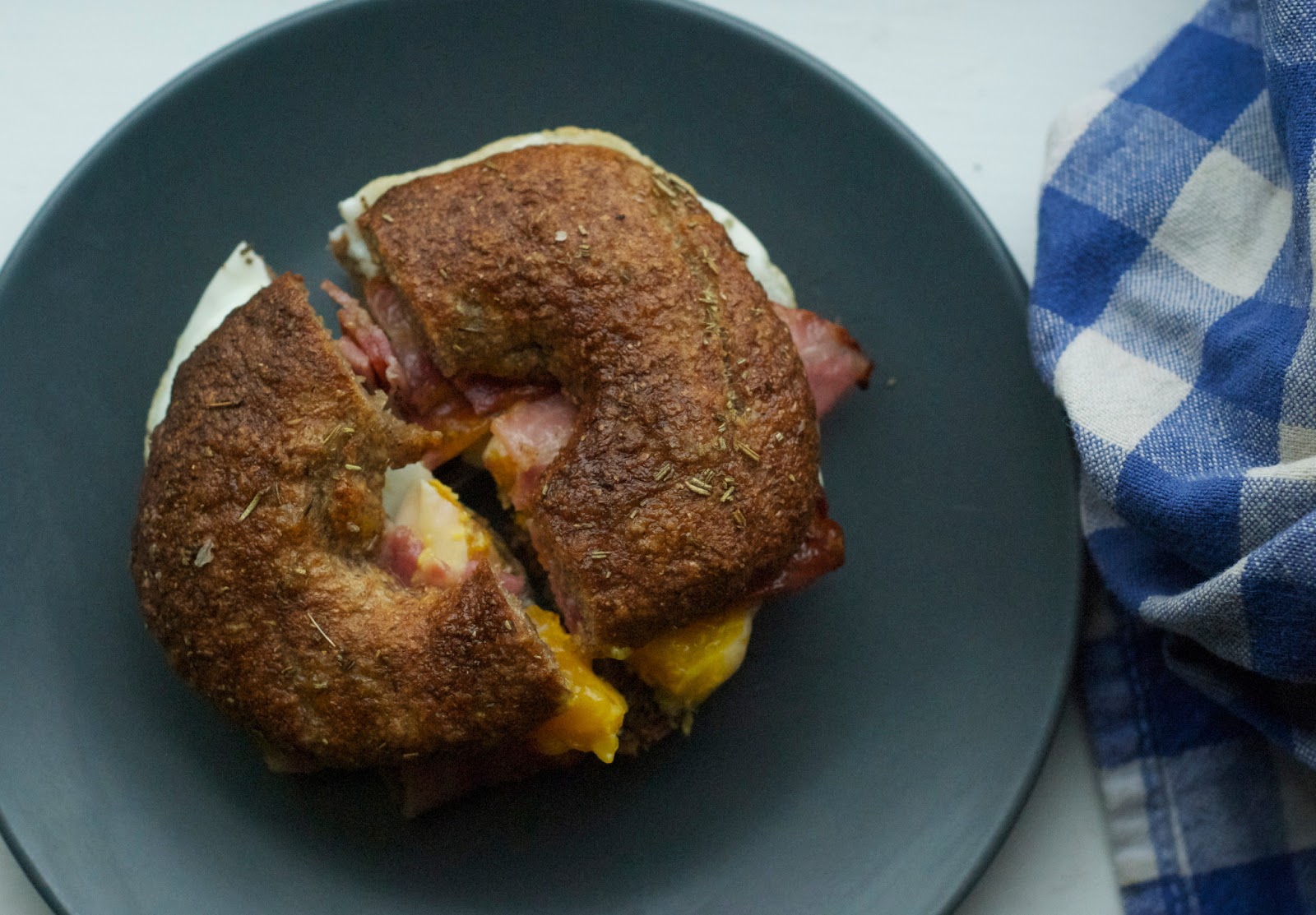 When we moved in May, we sold all of our fancy kitchen gadgets- most of which we never used, anyhow- and have yet to regret life without them.  A KitchenAid blender?  I’d rather buy shoes.  A food processor?  That’s what knives are for, silly.  Measuring spoons?  REAL SPOONS!  Rolling pin?  Wine bottle.  A can opener?  Who needs one when I can use a screwdriver and hammer*… Are you sensing a theme here?  Do you understand that I’m a bona-fide kitchen rebel?

With that in mind, you can understand why I’ve been reluctant to tackle something as seemingly difficult as bread baking.  Every recipe I read calls for a bread hook, a bread-maker, or some such device that I do not have and have no desire in procuring, but last week, an intense craving for a proper, American-style bagel stirred me to action and I perused Stephanie’s blog for inspiration.  BAM, there it was, a recipe for New York Deli-Style Bagels that didn’t call for anything more technologically advanced than a stove and oven.  I rolled up my sleeves, greased my elbows, and rattled around the kitchen until I found things** that would work well enough to get the job done.  Then, I started bagel-making.

Due to laziness and my own taste, I made a few minor adjustments to Stephanie’s recipe:

After a little bit of kneading and an almost tropical afternoon in my very warm kitchen, you’ll be happy to know that my American-style bagel craving has been cured.  The bagels, they’re delicious (just ask David, he’ll tell you!).  They’re wonderfully springy, toast well, and are perfect for bacon and egg breakfast sandwiches.  Now, I just need to find a recipe for homemade cream cheese and I’ll be well on my way to paradise… suggestions are welcome!

* On second thought, maybe a can opener would be a sound investment?
** In lieu of a mixing bowl, I used a Le Creuset casserole thingy and instead of a slotted spoon, I used a slotted spaghetti spoon because I’m fancy.  (Please note: the spaghetti spoon will put holes in your bagels unless you’re careful.  Halfway through, I swapped it for a spatula and the results were very successful.  Don’t be afraid to get creative in your kitchen, you guys!)