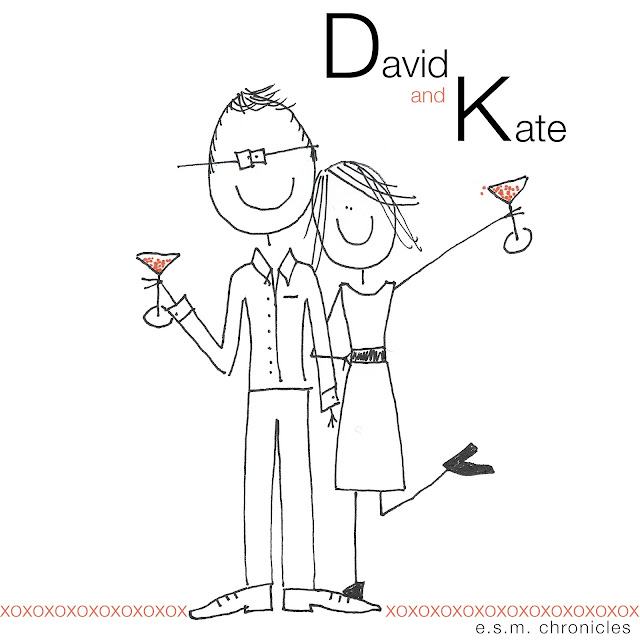 Or, Evil Stepmothers Need Big Dreams & Handsome Princes, Too…   Welcome to this week’s installment of the E.S.M. Chronicles!

David and I were talking the other day about ambition and the motives that drive us to achieve the things we dream about.  Growing up, David didn’t have much.  He had happiness and a great family, but after his father died and they moved back to the UK from Africa, things were tough.  David got into an art school for college but providing for his family was more important to him than pursuing art so he got work instead and he worked hard.  His retail jobs soon turned into management positions, which led him to corporate jobs which later brought him to America, to me.  He told me that he always wanted a nice car, a nice home, and the ability to provide for his family.  Those were the things that drove him, and those are things he achieved.

When David and I fell in love, I shared a secret with him.  I told him that I’d always wanted to struggle with my partner in our early days so we’d appreciate the good times so much more when our hard work paid off.  I wanted to build a life with my partner based on shared ideals and passions.  At the time of this confession, David had a good job and there was no reason to make us think he’d ever have to struggle again.

Two years later, David lost his job and was abandoned in America.  We were shocked by how abruptly he was let go and the way in which the company washed their hands and walked away, leaving us nothing.  David was angry, of course, and together we experienced a spectrum of emotions that ranged from total desperation to bravery and optimism.  One day he said to me, “This is your fault.  You wanted to struggle, well here you go, we’re struggling.”  He smiled at me when he said it, because this struggle is a beautiful thing.  He smiled at me because I taught him how to dream again and we’re working hard toward building a life that will allow us to be strong on our own.

Shortly after losing his job, David told me he wanted to move back to the UK to be near his sons.  We were sharing a pizza and a bottle of wine at a restaurant in Davis Square and I took my time chewing, waiting to hear what he had to say.  “I want you to come with me, but we’ll have to get married,” he said.

I nodded, “I’ll go anywhere you need me to.”

We continued our meal and a few minutes later he put down his fork and knife, looked me straight in the eye and asked, “Was that a yes?”

“Was that a proposal?”

“I haven’t got a ring but will you marry me, Kate?”  That’s when I started crying, like crying, and said yes.

And now we’re here and we’re starting all over again.  We have dreams, so many dreams.  Dreams of a simple life filled with laughter, love and long talks with dear friends.  Dreams of traveling the world and quiet mornings when we can sit together in contented silence.  Dreams of white-washed floors and of getting our hands dirty.  And those dreams will all come true just as David’s dream of having a nice car and a nice home came true, just as my dream of sharing a struggle came true.  And there is no one I’d rather share this struggle and these dreams with than David.

Both of us are working diligently on many things that have us very excited, but these things take time.  We came over here with a plan, but we’ve had to amend that plan.  I underestimated how long it would take me to feel organized, to feel like this was my home and that I wasn’t intruding on David’s family and happiness.  David didn’t realize he’d feel like a soldier returning from years away at war to an estranged family, and he’s had to battle through it.   It’s a work in progress but that’s the beauty of life.  As our work yields results, I’ll be here to share them with you.  As always, thanks for reading.

The illustration at the top is the one I made for our wedding invites, however the graphics are different.  xox
EDIT: David tells his version of how it happened in the comments….  Oy vey!

One thought on “How We Got Here”