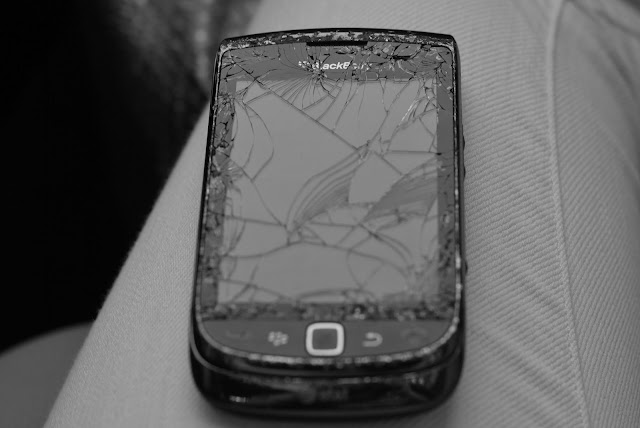 This is the Universe telling David he needs to upgrade to an iPhone.

One thing I will never understand about the men in my life is their affectation for putting things on the roof of their car before folding themselves into the driver’s seat and motoring off without realizing said things are still on the top of their car.  I’ve witnessed this behavior time and again* with wallets, beverages, books and cell phones, but it’s rare that I’ve been privy to the article flying off the back of the car in the middle of the motorway.  This is because I usually say something like, Hey, what happened to that coffee you were just holding? and save the day.  My saving the day usually comes immediately after the car is started and we’re rolling out of our parking spot.  Sometimes (and this happens a lot more than I’m willing to give credit for) the man will come to this realization himself (usually after the car is fully in motion) and will pull over to retrieve the object within a block or two of setting out on our journey.

Today, David and I both failed to notice the location of his phone and his poor Blackberry bit it, hard.

About half a mile from our house we heard a loud noise, like a rock hitting the roof, and David said, “What was that?”  And I said, “Ummm, that was your cell phone flying off the top of the car.”  And then he said, “Shitshitshit!”

I felt panicky and nervous (partially because I was running late for an appointment to get my fingerprints taken for my UK visa- which, by the way, is more difficult than becoming an Olympian and will warrant its own blog post soon) but David was a total trooper and regained composure quickly.  After dropping me off, he went back to Frogger across the highway and retrieve the broken device.  Both of us wanted to secretly believe that it would be fine- that the rush hour traffic would have magically spared the little phone- but no amount of faith allowed this to be true and the phone is forever dead.

RIP, little Blackberry.  And David, welcome to the world of real smartphones.

*Not only with David, but also with my father and three brothers.  I live in a crazy boy world.